And, here it is. My list of the top ten books I read in 2016. If you follow my blog, you’ll know that I do this annually and that my list is based on the books I read that year, regardless of the year in which a book was published. Interestingly, 2016 saw me read more recently published books (mostly 2015 and 2016) than I usually do. This year also drew me towards reading more non-fiction books as well.

What gets a book on my top ten is the following criteria: whether it changed a part of me or my life or how I look at life, the book’s emotional impact on me, how unique and creative I though the book was. Each book’s level of entertainment, education and ‘page turnability’ also determines if it makse the list or not. And, again, as I say every year, this is purely my subjective list. You may not like it and some of the books may be the kinds of books that don’t normally draw you to them but they called to me and I gladly shared a good part of my 2016 with them.

So, without further ado, here they are. 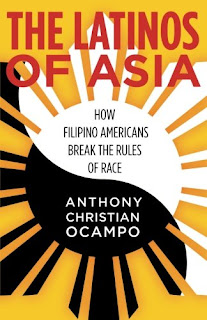 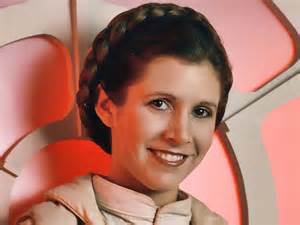 
I didn’t fully process Carrie Fisher’s death until a couple of hours after I’d heard the news. When I first heard of her heart attack en route from London back to The States, I prayed that there wouldn’t be any news of her death for a very long time.

As it was, my wife was checking her Facebook account and announced the news today as I was parking at an AMC movie theatre for the 1:35pm showing of Passengers. Not until we pulled into a Dunkin’ Donuts back in our town that it truly hit me. I was reading a post on Facebook from Entertainment Weekly sharing the reactions of her death from many of her co-stars, family members and friends. As I read their tweets and posts, waiting in the car for my wife and son who had popped into Dunkin’ Donuts, tears formed in my eyes and I instantly got that empty, lost feeling in my gut. The last time I recall feeling this way for a celebrity and someone I didn’t actually know was when Brandon Lee died in 1993. The first time I’d ever witnessed anyone tearing up and feeling the impact of a celebrity’s death was in 1977 when Elvis died. After that, it wasn’t until 1980 when I watched my sister breakdown when she heard that John Lennon had been gunned down in New York City.

For some, Carrie Fisher may not have been as iconic as John Lennon or Elvis Presley. For others, however, she may be a larger one. For me, she’s right up there with the iconic of the icons. Carrie Fisher was a symbol of my generation. In an era that saw a added push for ‘girl power’ way before The Spice Girls, with movies like 9 to 5, with Sandra Day O’Connor becoming the first female justice in the US Supreme Court, and Sally Ride becoming the first women in outer space, Carrie Fisher was cast as Princess Leia in what would become one of the most beloved, watched and successful film franchises of all time. More than her success in the Star Wars movies, Princess Leia became a role model for the young girls of that generation. Here was a character that was confident, strong, beautiful, intelligent and badass. In many ways, Carrie Fisher’s Princess Leia was the precursor to many of the badass heroines that have followed since. For the boys, well, who doesn’t like an attractive woman who can kick ass? And there’s always that slave girl outfit from Return of the Jedi. In the same way that Sophia Loren and Ursula Andres influenced a young man’s adolescence of their generation, Carrie Fisher did so with mine.

More than this, however, there was Carrie Fisher the writer–an insightful, thoughtful, intelligent and witty individual. She wrote Wishful Drinking, which became a one-woman HBO special, based on her troubles with substance abuse and her consequent recovery. Postcards From The Edge is hers too. That was adapted into a highly successful movie starring Meryl Streep. More recently, there is her recently published memoir, The Princess Diarist. She script-doctored as well for films such as Sister Act and Hook.

It’s with sadness that I write this blog post. I wonder, too, how Carrie Fisher’s death will impact upon Episodes VIII and IX of the Star Wars triple trilogy. If Princess Leia’s death is to be written into the saga, it can’t happens between movies. That would be irreverent. She has to have an honourable one, a noble one in the way Obi Wan and Han Solo had. But, then again, who says Princess Leia has to pass on among the stars? With what they did in Rogue One with resurrecting Peter Cushing’s Admiral/Grand Moff Tarkin, it wouldn’t surprise me (and it would please me, too), if Princess Leia didn’t just show up in Episode IX but had a major part to play. She is Luke’s sister, after all, and has yet to fulfill her Jedi destiny.

Rest in peace, Carrie Fisher. May the Force be with you.
Posted by Juan Rader Bas at 17:30 No comments: