Knock, Knock! Who's There?

On the way to mass last Sunday, my son told me a joke. When he asked me if I wanted to hear a joke, I replied with an enthusiastic "Yes!" I was curious to see at his age - he's five - what kind of joke he was going to tell and it also made me think of how old I was when I started to understand what a joke is and tell them to those who'd indulge me. I couldn't recall when I told me first joke but I'm sure they weren't very good or well delivered.

Dutifully, I said, "Banana who?"

And so it went on for a full minute or so and I really didn't know where it was going. You, however, reading this post, surely knows. Eventually, it did end and the final round went like this:

I smiled, taken aback slightly. "Orange who?" I said.

Then, with the biggest smile I've seen on a five year old boy and in between giggles, my son said, "Orange you glad I didn't say banana?"

I was very impressed with his timing and delivery and in his complete understanding of the pun. But, once we'd gotten to church, had mass and over the next few days I hadn't thought about it at all. Until today, during the tour of my son's kindergarten.

When the three of us - my son, wife and I - arrived we were greeted by our son's  teacher. She showed us her classroom and his cubby. Then she directed us to the cafeteria where all the kindergarteners and their parents were going to congregate. From there, the kindergarten teachers  gathered us according to our students' assigned teacher and took us around the school.

Naturally, not knowing the lay of the land, I paid attention to where my son's classroom is and it's relation to the exits, stairways, main office, gym and cafeteria. I looked up when the teacher pointed out the fourth and fifth grade rooms but I didn't make any kind of special note of them. Additionally, as a public school teacher myself, I felt a certain kinship and comfort in the school. Even though I didn't know the exact locations of things, I felt like I knew my way around. It's like that saying that goes something like, "he (or she) knows his way around a (fill in the blank)." Someone who's a great cook, it might be said of that person that he or she knows his or her way around a kitchen. That's how I felt.

Anyway, as we toured the halls, I noticed that each classroom had its own bulletin board just outside its door. Each board was nicely decorated. On one, there were cutouts of fish and on each fish was each student's name who belongs in that classroom. The heading of the bulletin board was You're O-Fish-Ally In Fourth Grade. When we got back to our son's teacher's classroom, I noticed her bulletin board. It had a yellow background and spread out on it were cutout illustrations of halved oranges. On each half was a student's name. I found my son's in the bottom right area. Seeing his name like that - the way I'd seen so many other parents' children's names on bulletin boards in schools I've taught - naturally give me a chill and a feeling of warmth. My son's heading into a brand new phase of his life and, just like the end of the summer and the start of a new school year, it's one full of opportunities in which he - and his mother and I - can grow, laugh, cry, marvel, learn.

We were then directed to the playground outside, where the PTO was sharing some refreshment. As I turned to enter the stairway, I noticed the title of my son's classroom's bulletin board - Orange You Glad You're In Kindergarten. Instantly, I recalled my son's joke. To most people, it's just a coincidence. Perhaps I'm too much of a dreamer because I took it as something else. There was something prophetic about it. My son's apparent understanding of a pun - and not just simply saying something because it sounds funny - coupled with an identically themed tongue-in-cheek greeting by his teacher has to be more than a chance occurrence. To me, it's a reminder that my son is growing older and smarter everyday and that his world - via his own imagination and via the lessons he's going to learn and the friends he's going to make - is getting even bigger. I hope, too, it means the next year is going to finally be our year; a year in which dreams come true.

Whatever you think it might mean, just remember that there is change around us. Graduated students are - and have been since last May and June - beginning to forge their own way. Younger people are entering new and challenging arena of their academic lives. Parents whose children have graduated and moved on are experiencing their own changes - 'empty nest syndrome,' perhaps - and others, like my wife and I, are seeing their children embark on entirely new endeavours. Whatever situation you're in - and it's easier said than done but it behooves us to try - remember that change is what you make it out to be. It can be everything you've ever wanted or it can be a chimera. Regardless, change is an opportunity. What you do with it, now, that's up to you. Just don't waste it.

Finally, for those young people entering another school year, especially the older ones of you who may be so focused on what's ahead - a final year of college, high school seniors filling out college applications, a stressed twenty-something studying for the bar exam - don't forget to let go sometimes and let your imagination take you to far away places. It is, after all, your imagination that got you thinking about what and who you want to become and how you want to become him or her. Never turn your back on your imagination and  it will never cease to be there when you need it the most.

Good luck everyone and have a great year.
Posted by Juan Rader Bas at 17:54 No comments:

It's the second week of August and the summer is coming to a close. In many ways, I feel like it never really started. After all, I've been running volleyball workouts and working out of my district's maintenance department, which I do every summer, since July 1st. I'm a teacher - in my non-writing life - and I fondly look back to my summers off when I was a kid. As a teacher, many years on from those carefree days in Hong Kong, I still cherish my breaks from lesson planning, fielding questions from students, grading tests and attending department meetings.

So, in the interest of trying to prolong the lazy and carefree days of the summer of 2013, here's a little fun trivia challenge I posted on Goodreads. All the answers can be found in my book, Back Kicks And Broken Promises.

Good luck and enjoy - the trivia and the rest of your summer.

Email ThisBlogThis!Share to TwitterShare to FacebookShare to Pinterest
Labels: back kicks and broken promises, goodreads, trivia 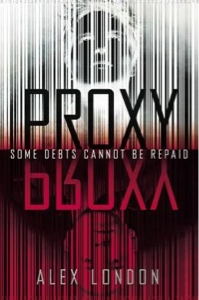